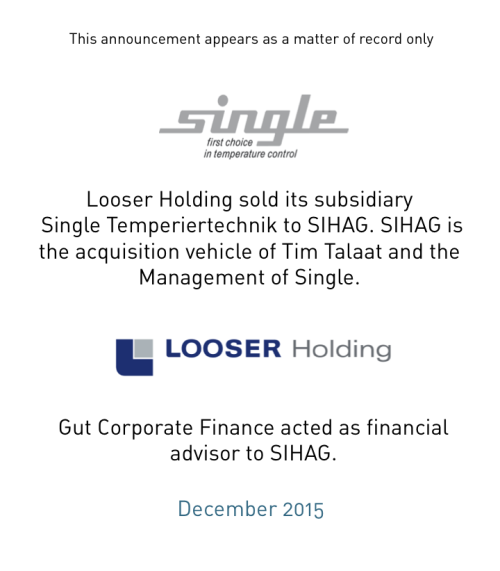 The Single Group develops, produces and distributes energy-efficient temperature control systems, heat transfer systems and cooling technology. With about 170 employees and representations in more than thirty countries, the Single Group is well established among the leading providers in the market.

Gut Corporate Finance acted as financial advisor to SIHAG in this transaction. The mandate included supporting the investors with the overall management of the transaction, the valuation of the business, as well as obtaining bank financing and conducting negotiations regarding the share purchase agreement.